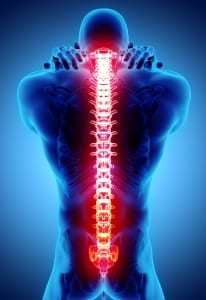 The spine surgery center Herzliya Medical Center, the most advanced technologies and modern methods of the spinal column treatment pathologies are applied. The radio Wave Disc-FX Discectomy, which represents a modern method of vertebral discs’ decompression, is one of the methods used. This procedure is one of the most effective in the field of spinal surgery and is aimed at the various ailments treatment, including HIVD (Herniated intervertebral disc). The method represents the minimally invasive surgery in which, the nerve-endings destruction, or a so-called “radiofrequency denervation”, is performed by the paracentesis access (through the puncture).

Symptoms of the Herniated Intervertebral Disc

Back pain can be caused by different reasons. Often, this symptom is a sign of a herniated intervertebral disc, most often in the lumbar spine. A weakened ligament apparatus aggravates the course of the disease.

The spinal column consists of vertebrae – the individual units, connected to each other. The cartilage tissue discs, inside which the nucleus pulposus, covered with a fibrous shell, is located, are disposed between the vertebrae. The intervertebral disc carries a shock absorber function and softens the mechanical effect on the spine. Increased pressure on the vertebral disc (e.g., due to excessive exercise) can cause the fibrous ring rupture and a gelatinous substance protrusion beyond the disc. Hence, the Herniated intervertebral disc is formed.

The disease is often accompanied by numbness and pain in the back and buttocks, with varying intensity – from mild to very severe. The pain may often radiate to the leg. The reason for this unpleasant phenomenon is caused by the nerve root pinching under the pressure of a hernia at it. Today, the most progressive method of this disease treatment is the use of the Disc-FX system, allowing carrying out procedures, such as mini-discectomy, much easier than before.

Disc-FX® System is an innovative system that allows getting delicate access to the spine in order to treat the damaged disc effectively, without compromising the surrounding tissue and organs. It allows performing several treatment options, including the mini-discectomy (part of the disc removal).

Disc-FX has a patented navigation device Trigger-Flex with a bipolar system. It has been specially developed by the Ellman Company for gentle access to the affected disc.

The radiofrequency energy source Trigger-Flex emits special radio waves that have been used in medicine since 1950 for surgical procedures. Unlike other energy sources, used in medicine, the patented by Ellman device has the most effective impact on the damaged disk. As a result, patients suffering from the Herniated intervertebral disc observe a decrease in pain and nerve root decompression, as well as disk restoration functions,  occur.

In the past, patients suffering from a pinched nerve due to the Herniated intervertebral disc were administered conservative treatment, with the help of painkillers, injections, physical therapy, and physical activity exclusion. Unfortunately, this approach does not always facilitate the patient’s symptoms. There were two options for patients suffering from not passing pain – to tolerate the pain or to address to a spinal surgeon in order to perform the surgical intervention.

However, surgical intervention on the spine represents a rather serious procedure that requires a long rehabilitation period (sometimes several months). At this time, the patient is completely deprived of his/her habitual way of life and the body’s recovery after surgery is associated with significant limitations.

The Radio Frequency Denervation is fundamentally different from the conservative and surgical treatment of the Herniated intervertebral disc. It is ideally suited for patients to whom conservative treatment does not help but who are not yet ready, for whatever reasons, to the major surgery, such as a mini-discectomy by the old method.

The Herzliya Medical Center specialists apply this technique skillfully with local anesthesia on an outpatient basis. The procedure average duration is 20 minutes. The patient goes home with a small bandage on his/her back on the same day.

The Radio Wave Discectomy, using the Disc-FX, compares favorably with the other methods of treatment of the Herniated intervertebral disc treatment. Among the advantages of this method, there shall be mentioned as follows:

Moreover, the rehabilitation process shall progress rapidly and a patient shall usually return to his/her normal life a few days after the surgical intervention. Nevertheless, the recovery period has some minor limitations, including as follows:

In conclusion, it should be noted that the Radio Wave Disc-FX Discectomy, like any other treatment method, has certain contraindications and possible side effects