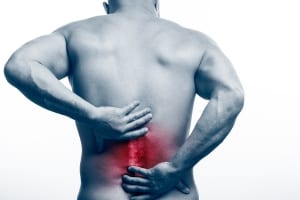 Fractures of vertebrae of the spine are medical conditions that require treatment because this is a very sensitive region, traversed by the spinal cord, and because the vertebrae are central “players” maintaining the stability of the back and of the entire body. A fracture of one of the vertebrae, even though there are 33 of them in our spine, could have a great effect on the sufferer’s quality of life, impair his ability to move and function, and in certain cases, even be life-threatening.

There are some cases in which the vertebra is partially fractured or even collapsed due to various diseases and medical conditions. This phenomenon is considered very common in patients with osteoporosis (a disease that causes thinning of the bone) and in cancer patients whose tumors have spread to the bones. In these two instances, and also as the result of taking specific medicines, the bones are very much weakened, and due to the fact that the spinal vertebrae bear great pressure, they tend to break and collapse in such cases.

Kyphoplasty is a relatively new operation in the field, intended specifically for these two conditions: instances in which the vertebra is fractured or completely collapsed. In the past, two main treatments were offered for these instances – wearing a corset, which would generally be bothersome and irritating; and performing an operation to fixate the vertebrae, which is considered a problematic operation in a situation where the body’s bones are already weak, as is the case in osteoporosis. Therefore, more and more kyphoplasty operations are being performed to treat fractures of the spinal vertebrae.

General information about the procedure

Kyphoplasty is based on the injection of cement, a special biological glue of sorts, into the fractured vertebra. This cement hardens within minutes into a very hard material, returning to the bone its strength and preventing its collapse or the possibility of an additional fracture occurring in it due to its weakness.

Preparing for the procedure

The course of the kyphoplasty operation

Kyphoplasty is performed after the medical team has determined the exact location of the fracture in the spinal vertebra or vertebrae. Close to the position of the fracture, a needle is introduced into the back – whether it be under local anesthesia or general anesthesia. The needle is introduced into the back under imaging guidance so that the physician can see its exact position at any given time.

The imaging has a number of functions: Firstly, it provides the physician, as stated above, with a full picture of the area of the operation. Secondly, it ensures that the physician will take care not to injure nearby body parts and systems, as this area is known to be one of the most sensitive in the body. Thirdly, it enables the physician to ensure that the amount of cement injected into the vertebra is exact and correct.

Through the needle which the physician introduced into your back, he will also introduce one or two special balloons. These balloons actually enable the vertebra’s shape to be restored and its volume to be returned, without performing an open spine operation or doing so via a large skin incision. After the structure of the vertebra is restored to its original shape, the cement – a special biological glue – will be introduced via the needle, to “fill” space in the vertebra. After a few minutes, the cement will finish hardening, thus restoring the vertebra’s strength and stability.

The operation takes approximately half an hour on average.

The big advantage of kyphoplasty is its ability to cause very rapid improvement. If you undergo the operation under local anesthesia only, you are likely to experience relief within a few hours. If you suffered from severe pain before the operation, due to a fracture of the vertebra, this also is expected to pass rapidly, or at least a significant improvement will be felt.

Since the operation is quite simple, it does not involve many side effects (except for side effects characteristic of general anesthesia if this is used in the operation). The two main risks of such an operation are an infection at the location where the needle was introduced, and leakage of cement into the spinal canal, which could cause pressure of nerve roots and nerves in the area. Since the operation is done under imaging, the physician can see how much material is being injected and avoid such a situation in time, and therefore these complications are considered to be rare.