The back is a complex system of bones, muscles, te 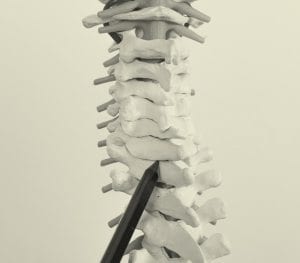 ndons and cartilage components, providing the entire body with support and stability, as well as free movement. Over the years, these systems wear out due to bearing load and because of incorrect use. Back pain is quite common, but only in extreme cases is surgical intervention required, the most common procedures being discectomy or laminectomy.

Discectomy and laminectomy are two surgical procedures that are performed with the objective of treating severe problems of the spine that cannot be solved any other way. Discectomy is usually recommended for relatively young people, aged 20-50, and laminectomy for ages 50 and over when they wear in this area increases, but an individual recommendation will be given in accordance with the diagnosis and the condition of the vertebrae, in every age group.

Herzliya Medical Center Hospital places leading physicians in the field of back and spine, specializing in these operations, at your disposal.

About back pain, and which cases require surgery

Almost everybody suffers back pain on occasion, but usually, it goes away by itself after a short time and does not impair day to day function. On the other hand, there are instances in which the back pain gets worse and can radiate to the lower limbs, cause a sensation of numbness and even incontinence. These effects are usually caused by pressure on nerve roots that come out of the spinal cord, or even on the spinal cord itself.

The nerves that come out of the spinal cord continue on to all parts of the body. Therefore, persistent pressure on a certain nerve in this area can affect the function of various body parts. One of the most common effects in this context is pain radiating from the back to one of the legs – sciatic pain, originating from the lumbar vertebrae of the spine, named after the nerve that comes out of these vertebrae and continues, via the back of the pelvis, to the legs.

This example is the best demonstration of how problematic persistent and continual pressure on the spinal nerves is. As is the case in respect of many other treatments, the physician will attempt to treat the problem first and foremost by means of conservative treatment (anti-inflammatory medicines or physiotherapy, for example). If the pain does not pass and the problem persists or gets worse, the surgical option will be offered in appropriate cases.

Between each pair of vertebra along the spine is a gel-like substance, whose function is to prevent friction between the vertebrae (just like the cartilage in other joints of the body), but mainly, it serves as the body’s shock absorber. This substance is called a disc, and it is one of the first structures to be damaged as a manifestation of wear and of pressure on the back.

The disc is, in effect, a thin, round and thick envelope, inside which is the viscous fluid. Excessive strain, a wrong back movement, and the like will, after a certain amount of time, bring about the rupture of the disc envelope, and its protrusion outside of the boundaries, exerting pressure on various nerves. This pressure may be on nerve roots or on the spinal cord itself.

In a severe case, the disc should be removed, i.e. discectomy. Either part of the disc or the entire disc will be removed, depending on the area of pressure. Also, during the operation, an assessment will be made as to whether there are areas of bone that need to be removed. Sometimes, this operation is also combined with laminectomy.

The lamina is the arc that is found at the back of each vertebra of the spine. It “envelopes” the spinal cord. The vertebrae rest one on the other. Laminectomy surgery is in fact intended to address narrowing of this canal – whether due to disc herniation or to the occurrence of other disturbing factors (tumors, cysts, bone spurs, etc.).

Laminectomy surgery removes the arc at the back of the vertebra in the area where the canal is narrowed, creating a large space that enables immediate relief of the pressure on the nerves in the area.

Laminectomy surgery is sometimes combined together with discectomy surgery, with the objective of ensuring that the narrowing of the canal does not recur later. In certain instances, especially when there is a problem with the cervical vertebrae or fear of instability of the area following this pair of operations, the fixation of vertebrae will also be performed. These operations take at least two hours.

As is the case for all spinal surgery, discectomy and laminectomy surgery also require a relatively long recovery. Even though these operations are now also performed by the minimally invasive method, which ensures quicker recovery, it is nevertheless very important to give the spine the time it needs to recover.

Usually, the patient will be discharged to his home 24 hours after the operation. It is very advisable to walk carefully and to use the body during this period, but for at least one month, it is necessary to avoid lifting heavy weights and bending the back. Also, during this period, prolonged sitting (for over 10 continuous minutes) is not allowed. Resuming light work is possible between two weeks and a month after discectomy and laminectomy surgery.