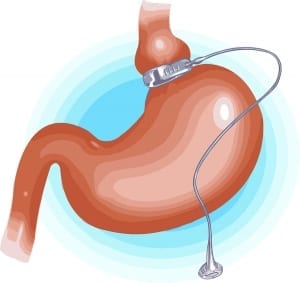 People who suffer from obesity and constantly fight to lose weight have many health issues at stake, they seek any way to combat this problem and become healthy. Since situations of extreme obesity are very difficult to solve and maintain through an effective diet regimen, weight loss surgery is sometimes considered the most effective solution. Israel is known to conduct successful bariatric surgery due to extensive knowledge of the physicians.

Although gastric band (also known as a gastric ring) surgery does not include amputation or part of the stomach, it is also considered one of the bariatric surgeries Herzliya Medical Center has accumulated extensive experience in.

To be able to understand exactly what is expected of you, we have assembled here some facts and important details about the ring surgery, the surgical procedure, the long-awaited recovery and slimming.

First, it is important to note that gastric banding weight loss is only for people who suffer from at least a BMI of 35 – an indication of extreme obesity which dangers their lives. In this situation, the weight loss is almost an impossible situation.

As mentioned above, gastric ring surgery is the only ring operation which does not include excision of any part of the stomach or its bypass, so it is completely reversible. The idea behind the operation is the contraction of gastric volume significantly, so you cannot contain a large amount of food.

Aside from the physical change (ring does not allow bulk solid food to pass through) the gastric nervous system also works for this and reported to the brain that the stomach is full, even though it is actually a small part of it. The pressure on the nerves of the stomach generated causes an increase of a full stomach, which can take hours. The result is clear: immediate weight loss.

How Does The Gastric Band Work?

The bottleneck created between the two pockets of the stomach does not allow large food pieces to go through and substantially reduces the rate of absorption of food in general. Therefore, even liquids or pureed food will be the main part of the stomach after a relatively long time. The patient will feel, as a result, a feeling of fullness after eating already short and insignificant.

The scope of the ring is to reduce or enlarge, as directed by your doctor, with a tube coming out of it and the subcutaneous device connects to the body side.

Simple operation, without anesthesia, you can change the position of the ring and influence the rate of entry of food into the stomach.

Ring in the stomach – post-operative period

The fact that the analysis of reversible causes many in Israel makes it (more than 90 percent of surgeries are surgeries ring in Israel). However, it is important to remember that you can ‘cheat’ or override the ring by the consumption of ice cream or high-calorie drinks, which in effect cancels the advantage of this surgery.

A person who will ring analysis ongoing medical follow-up, every three months or so, at least in the early years. Since the analysis of many effects, not recommended to get pregnant to stabilize weight and take balls crushed or liquid dietary supplements to compensate for the lack of nutrition that makes surgery. Once you go through private surgery at Herzliya Medical Center, will receive the dietetic counseling and close monitoring in order to improve your health and give you new life.