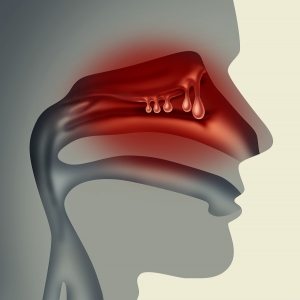 A polyp is a tumor, usually benign, that can develop into a malignant tumor in certain relatively rare cases. They are considered to be relatively common in the nasal cavity and also in the large intestine, but may also develop in various regions of the body, such as all parts of the digestive tract, the sinuses, the urinary bladder, and the uterus.

There are two main shapes: round tumors connected to the mucosal tissue from which they developed and tumors with a “tail” that connects them to that tissue.

The polyp in many instances causes no symptoms. Since it is a benign tumor, it develops at a slow pace, and sometimes does not develop beyond a certain size, and also does not usually cause pain. However, there are instances in which it could impair normal function, for instance in cases where the tumor occupies a large volume in the nasal cavity into which it developed, GEN even to the extent of interfering with breathing.

In this context, these tumors, in the large intestine are considered to be a relatively special case, since 5% of polyps in this region become cancerous with time. The tendency is, therefore, to remove them from the large intestine as soon as they are discovered. These polyps are usually discovered in the framework of Colonoscopy, which is considered to be an important screening test for persons aged 50 and above.

This means the complete removal of the tumors that were discovered. This operation will not be the automatic option, but rather it will only be performed if they interfere with normal function or if they in some way cause any esthetic impairment.

In the early stages of the polyp’s development, you may benefit from certain medicinal treatment, usually including the use of steroids, to help reduce the size and to retard its growth. In certain cases, these medicines even help to make the tumor disappear completely. Medicine to treat these tumors that have developed in the nose is given as a spray or using an inhaler, and in other instances – as tablets to be swallowed.

If the medicines do not help sufficiently, or if despite the arrest of the development, they still interfere with function, an operation will be decided upon. Here it is important to repeat that polyps in the large intestine will require surgical intervention in all events.

Preparation for this procedure depends on the type of polyp location where they developed. In case of nasal polyps, the operation could be performed under general anesthesia, and it could be performed under local anesthesia – which would naturally influence the preparations for the operation; removal of them from the large intestine will be performed, as mentioned above, using colonoscopy, usually under deep sedation, and will usually require several hours of fasting, and also emptying of the bowel using laxatives prior to the beginning of the procedure.

The course of the operation

Here also, the course of the operation depends on the type of tumor and the place where they have developed. In case of nasal polyps, the operation will usually be performed using an endoscope, a type of thin tube introduced into the nasal cavity, with a camera and tiny surgical instruments at its end, enabling complete removal; in case of polyps in the large intestine, the operation will be performed during a colonoscopy examination: in this case also, a flexible tube is used, which is introduced to the large intestine via the anus, through which surgical instruments can also be introduced, enabling removal. Removal of polyps that have developed in the uterus can be carried out via the cervix (hysteroscopy) or via tiny incisions in the abdomen.

The operation usually takes between half an hour and an hour, but it could take longer depending on the number of findings, their size and the place where they have developed in the treated organ. In all events, day hospitalization only is usually required. It is important to remember that after the procedure – whether performed under general anesthesia, local anesthesia or deep sedation – you may feel disoriented, sick and even experience pain; it is therefore recommended that you be accompanied by somebody close to you. In any event, do not drive in the hours that follow the completion of the procedure.

The removal may cause mild pain and bleed, which should pass after a few days. When it is nasal polyps that are being removed, there may be various discharges from the nostrils, which is also natural. In rare instances, scar tissue could develop after polypectomy in the place where the tumor was, and this could block the air passages.
If you are experiencing strong pain, suffering from heavy bleeding or dealing with severe side effects, contact the medical team for a consultation.

We also note that polyps can grow back in the same spot where they developed the first time, for a reason that is currently unclear. These polyps will on occasion also require surgical intervention for complete remove if they interfere with normal daily function.