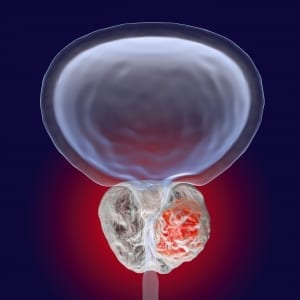 An enlarged prostateis quite a common condition, especially among men over the age of 50. In many instances, mainly if the enlargement is benign (i.e. if the prostate enlargement is not cancerous), all that is required is long term medical monitoring, as the enlargement will not cause any symptoms. However, there are instances in which treatment is needed to remove the growth in the prostate. Usually, TURP surgery will be selected in this case.

TURP surgery, whose full name is Trans Urethral Resection of the Prostate, is an operation to remove a tumor from the prostate via the urethra – the tube through which urine flows and semen is ejaculated. This method is considered the most common for treating a benignly enlarged prostate, small to medium in size, and it saves the patient from having to undergo an open operation, from which recovery is considered more difficult.

Why should such an operation be performed? Benign enlargement of the prostate is not considered to be dangerous, but on occasion, it could cause such symptoms as difficulty with urination, a feeling of urgency and a continual need to urinate, frequency of urination, difficulty emptying the urinary bladder (which could cause inflammation in the area) and others. When these symptoms appear, an operation is needed to treat the prostate.

TURP surgery is an operation that is usually performed under regional anesthesia (spinal or epidural). It does not take too long. During the procedure, the tumor that is impairing function is essentially removed. After tumor is removed, most of the symptoms disappear, or at the very least, there is a significant improvement in the situation.

The operation is performed using a special electric knife, a type of loop with which the physician excises the tumor. It is important to note that this operation will not be suitable, in most instances, for patients suffering from a very enlarged prostate.

Since the operation is usually not performed under general anesthesia, you will not have to fast beforehand. However, you will have to perform a PSA test (a blood test that measures the level of the protein produced in the prostate), and sometimes also a urine culture.

TURP surgery is performed, as mentioned above, via the urethra. A thin metal tube is inserted into the urethra. Through this tube, an optic fiber is passed through to the area of the prostate. It transmits an enlarged image of the area to a screen in front of your physician’s eyes. Through that metal tube, the special knife is also introduced – a loop that can be heated up, with which it is possible to precisely cut the tumor, and then to ‘burn’ healthy prostate tissue so that it does not bleed.

Usually, the tumor that was removed will be sent for pathological examination, in order to assess its characteristics and to make sure that, among other things, it is not cancerous (it is true that the physician can assess this with near complete accuracy even before it is removed, but the pathological examination provides final confirmation of this). In most cases, the operation will be completed at the end of some 40 minutes.

TURP surgery is not considered to be too complex, and recovery is relatively easy because it is not done by an open approach that requires a large surgical incision in the region of the groin. Your can expect to be discharged to your home within 48 hours at the most, and after about a week, you can already resume your daily routine. However, for one-and-a-half months, you will be asked not to exert yourself or to have sexual intercourse. In the days following the operation, it is very important to drink lots of fluids, which helps the urinary system to recuperate and to function properly.

The most frequent side effects after the operation are bleeding during urination, development of infection in the urinary bladder, blockage of the urinary tract, narrowing of the urethra, development of blood clots in the urinary system, inability to achieve an erection, urinary incontinence and retrograde ejaculation (a condition in which semen is not released outwards, but rather reaches the urinary bladder). While the list of side effects is long, most of them, if they occur, will disappear by themselves with time. In all events, modern medicine offers effective treatment for each of these effects if needed.