PSA - Not by Prostate Cancer Alone 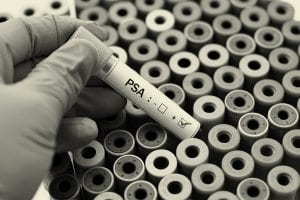 Since the discovery of the protein called PSA (Prostate-Specific Antigen), this has become, in public perception, a code for prostate cancer. While in some cases increased the production of PSA could indicate the presence of cancer in the patient’s body, this is nevertheless not at all straightforward. Not by prostate cancer alone is PSA elevated.

PSA has been in clinical use for the past two decades or so. It is a protein that is regularly produced in the male prostate gland and secreted into the semen, greatly contributing to its level of fertility. PSA levels in the semen are a million times higher than its levels in the bloodstream. When this protein was discovered, it turned out that an increase in its concentration in the blood indicates some change in the activity of the prostate, and that in certain circumstances, an elevated blood level could indicate cancer developing in this gland. This is the reason that PSA is perceived by the public as being synonymous with cancer. But this is not actually the case.

There are a number of conditions in which this protein ‘leaks’ into a man’s bloodstream in large amounts:

As can be seen, there are many situations – some of which verge on being everyday situations to be taken for granted in a man’s life – which could also bring about elevated levels of this protein in the blood. The link between the concentration of this protein and the development of prostate cancer in the body is therefore not absolute. The public confusion came about because PSA serves as a type of warning light for this cancer, but it is not a unique marker for this.

Undoubtedly, despite all this, the situation after the discovery of the PSA protein and its sources of production is much better than it was previously. Today, most cases of prostate cancer are found at a very early stage, and can, therefore, be actively treated, in contrast to the situation that existed before this important discovery, when the existence of this cancer in the body was revealed much later, and the death rate from this disease was much higher.