Ear infections and accumulation of fluid in the inner ear aren’t considered especially dangerous and are even quite common, but they might damage the hearing ability, especially in recurrent cases. When no drug or treatment manage to drain the fluids and bala 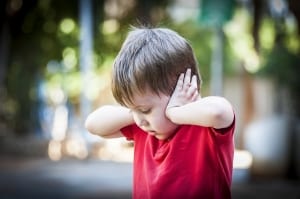 nce the inner pressure in the ears, surgical intervention is required – surgery for ear tubes in layman’s terms, or Myringotomy

Surgery for ear tubes is performed, in fact, with 2 goals: one – draining the fluids from the inner ear canal; two – balance the pressure in the ears. Accumulation of the fluids and recurrence of infections break the inner-ear balance, and when all those factors combine together, the hearing might deteriorate significantly, which requires treatment.

It’s common to think that surgery for ear tubes is performed in kids only, due to the high frequency of these conditions in infants, but in practice, such surgeries are sometimes performed in adults as well.

In kids, and infants particularly, the recurrent infections and fluid accumulation phenomenon are quite common, so the doctor won’t rush to decide on surgery: usually, these phenomena will go away with time and make surgical intervention unnecessary. Only if it seems that these phenomena don’t go away on their own after a few months, the surgery will be performed.

Surgery for ear tubes is performed, as said, to treat the accumulation of fluids and recurrence of ear infections, after every other treatment attempted failed to improve the situation. The surgery will not be the medical staff’s default choice, and will only be selected when it’s clear that no other option examined is effective enough.

The said ‘tube’ for which the action is named by the public is, in fact, a small tube set in the eardrum and its job is to drain the fluids and balance pressure between the inner ear and the outside air. When relating to small kids, the action will be performed under general anesthesia, and when relating to adults, it can also be performed under localized anesthesia.

The surgery is performed through the outer ear canal, that ‘hole’ in the center of the ear we all know and see, and hence, it doesn’t require an incision in the skin and will not leave a scar. Even the recovery from the surgery will be simple and fairly quick in the great majority of the cases.

Preparation for surgery for ear tubes

Before the surgery, a hearing test is made, which in fact gives the “final seal” for the surgery: 2 hearing tests would usually be performed, with 3 months between them, and if the hearing capacity is found to be significantly damaged in both of them – the surgery will be performed.

When kids are concerned, the surgery will be performed, as said, under general anesthesia and therefore they must fast for 6 hours before it. Localized anesthesia doesn’t require special preparation.

After the anesthesia – general or localized – the doctor will puncture a tiny hole in the eardrum. Through this puncture, he will drain the fluids accumulated in the inner ear canal. After draining the fluids, he will “install” in that puncture in the tube’s eardrum: a tiny two-way tube that would allow removing accumulated fluids in the future and balancing the inner ear pressure, thanks to the “ventilation” created in the eardrum that would enable air passage both inside and outside.  The entire procedure usually takes up to half an hour at most.

This action would lead to quick and significant improvement in hearing, just like our hearing improves immediately when we take our head out of the water. From that moment, the tube would enable balance and draining the fluids, which would prevent the recurrence of these cases in the future. After several weeks or months, the tube will be ejected and the eardrum would heal. The ejection would usually not be seen or felt due to the tiny size of the tube.

An important thing to remember is that this is a two-way tube, as said, meaning, it can remove fluids out or drive them in, into the ear. Therefore, until its ejection from the body, it’s important not to let water into the ear (example: at the pool or sea), and it’s recommended to use earplugs – even when bathing, for example.

The recovery from the surgery will usually be quick: the hospitalization is usually outpatient, without an overnight stay at the hospital, and the normal routine could be resumed that very day.  Kids could resume complete activity without concern the day after the surgery.

Surgery for ear tubes is fairly simple, and thus it doesn’t have many side effects. In fact, aside for the effects of the general anesthesia, there shouldn’t be any pain in the surgery spot. Secretions of fluids and even puss might appear in the first few days after the surgery, but they would go away on their own usually after a few days.

Possible complications are multiple secretions, repeat accumulation of fluids that would require another surgery for ear tubes, puncture of the eardrum that isn’t naturally sealed and damaged hearing. These effects are rare (especially damaged hearing) and they can be effectively treated later on.