About Us
Departments
Treatments
Doctors
Contact Us
Home
>
Anesthesia for children 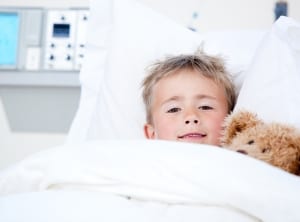 If your child is facing surgery that’s done under anesthesia, you must be concerned and anxious for him. The key to peace of mind, in this case, is the early preparation of you and your child. Here you’ll find all the information to help you prepare for this moment properly and reach it safer and less worried.

What anesthesia is used in children?

Anesthesia for children is done in 3 main ways:

How is anesthesia done in children?

In addition, anesthesia in children will include lower dosages of the anesthetic, of course. Because of their smaller body and the slightly different structure of various systems in the body, they need lower dosages of anesthetics.

Physical preparation for anesthesia and surgery

As we know, when deep anesthesia is performed, there’s a need to prepare for it – preparations that include mostly fasting for several hours before the surgery. For kids, the fast will be shorter, naturally, to make this stage easier for them as well. Usually, the kid will be able to continue drinking clear fluids (water and even tea) up to 2 hours before the surgery.

Other preparations performed before the anesthesia include testing the child’s health condition, as various diseases combined with anesthesia might endanger the child, often leading to postponing the medical procedure.

What can and should you do as parents?

Although a child needing to have surgery is under uncertainty and perhaps even dealing with helplessness and a certain fear, the ones who might deal with the highest levels of anxiety are you, the parents: the uncertainty, the significances known to you, the lack of control over the situation and the things you surely heard about anesthesia and different surgeries do not add to your peace of mind and surely leave you with many question marks and quite a few moments of anxiety.

This is the place to say it clearly: the more stable and relaxed you are, at least outwards, the more your child will also be relaxed. It’s important to show him great confidence throughout all stages of the process and to make what he’s going to go through transparent many days before the surgery – even if it’s a small child whose level of understanding doesn’t allow to comprehend the meaning of the matter fully.

In many hospitals, which are considered child-friendly, you could ask for a tour of the hospital and the operation rooms several days before the surgery.  During the tour, if possible, it’s recommended to meet the operating staff and the anesthesiologist and to allow the kid to even meet the tools and devices used by the doctors.

A meeting will usually be held between you and the anesthesiologist, with the child of course, on the day of the surgery and several hours before it. During this meeting, the doctor will ask certain questions about the child (is he sick, do you know of certain allergies and so on), and will allow you to ask questions that might calm you down towards the medical procedure. Try to arrive prepared to raise your main concerns and important questions that are on your mind during the conversation with the anesthesiologist. No less important: the doctor will talk to the child and get to know him better, so he becomes ‘a familiar face’ around the surgery itself.

In most cases, you’ll stay next to the child until after the anesthesia induction stage. This means he’ll see you, in fact, until he falls asleep, and won’t be in an unfamiliar environment before his consciousness blurs. This is very important for reducing anxiety and concerns by the child before the procedure.

To the same degree that your presence next to the child is important during the anesthesia stage, it’s important that you’re there when he opens his eyes in the recovery room. The process is this: at the end of the surgery, especially after a procedure under full anesthesia, your child will be moved to the recovery room. Shortly after, you’ll be called to the said room to be next to him when he wakes up. These moments are very important, as waking from anesthesia is often accompanied by confusion and great helplessness (in adults too, by the way). Your presence in the room when the child opens his eyes for the first time will make this stage much easier.

Recovery from anesthesia will take several hours, and it’s possible the child will behave slightly odd during it, and will be very confused, as said. This is where patience is key: allow the child to recover in his pace, be next to him the entire time but don’t ‘burden’ him. Slowly, he’ll return to himself.

Side effects after anesthesia for children

Regional anesthesia and sedation are accompanied, of course, by less significant side effects, and they are also rarer in those cases. Headaches, dizziness, and nausea are considered typical in those cases, but they aren’t very common.

Releasing from the recovery room will be done with doctor permission only after the child will be in a condition enabling this.