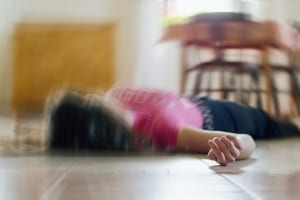 Specialists of the neurological department at the private clinic Herzliya Medical Center conduct an effective treatment of epilepsy in Israel. The clinic uses the latest methods to diagnose neurological diseases, which determine the cause and development; following this, an individual treatment program is designed for the patient.

Epilepsy is a term to describe a group of neurological disorders with recurring seizures (involuntary contraction of skeletal muscles). Seizures are the result of the abnormal electrical activity of motor centers of the cerebral cortex.

Epilepsy can occur spontaneously or be the result of traumatic, metabolic or toxic disturbances, and cancer. Epilepsy causes include:

Epilepsy in one form or another occurs in 1% of the population. Depending on the disease causes, epilepsy is divided into two basic forms:

Symptoms and Clinical Forms of Epilepsy

Symptoms vary depending on the types of seizure; seizures are classified according to 2 groups:

2. Focal seizures (partial seizures) affect one area of the brain. Subtypes are:

During a generalized seizure, several muscle groups are affected, which can lead to falls and injuries. In some cases, involuntary urination and defecation occur. Usually, after such a seizure, the patient falls asleep, after which they regain consciousness, sometimes there is short-term memory loss.

The frequency of seizures varies, from singular to multiple, repetitive spells. In severe cases of epilepsy, the intervals between seizures are so short that the patient cannot regain full consciousness. Patients that suffer from prolonged epileptic seizures might develop secondary psychiatric disorders (epileptic psychosis, cognitive disorders). It is important to note that immediate medical assistance should be sought if a seizure lasts longer than 5 minutes, or if the person fell during the seizure.

Furthermore, seizures can endanger the life of the patient and others – depending on severity, driving could cause car accidents. Other complications include drowning, falling, pregnancy and epilepsy that affects the emotional health of a patient. Severe forms are life-threatening: Status epilepticus involves seizures that last longer than 5 minutes, which may cause brain damage or even death. Sudden unexplained death in epilepsy (SUDEP) is also a very rare, but fatal occurrence of unknown causes.

One of the most common forms of childhood epilepsy is temporal lobe epilepsy, in which the focus of pathological activity is located in the temporal lobe. Causes of temporal lobe epilepsy may be birth trauma, hypoxia, and infectious lesions in utero or in early childhood. This form may involve both localized and generalized types of seizures. Attacks of epilepsy in children are usually of short duration, which greatly complicates acquiring a timely diagnosis and early referral to a specialist. The occurrence of epilepsy in adults requires differential diagnosis is required to exclude organic pathological changes in the brain, particularly tumors, post-traumatic changes, and cerebrovascular disorders.

Diagnosis of Epilepsy at HMC

Diagnosis of epilepsy in adults and children includes a number of studies, the main ones are:

In the neurological center of Herzliya Clinic uses innovative treatments for epilepsy, allowing to achieve a complete cessation of seizures. Along with classic anticonvulsants, experts prescribe new generation epilepsy drugs, characterized by their minimal side effects, particularly in the treatment of childhood epilepsy,

Surgical Treatment of Epilepsy at HMC

Following a thorough examination by clinical neurologists at Herzliya Medical Center, the most effective and safe method of epilepsy treatment will be determined based strictly on the individual patient’s case.